For more than half a century, Arati Saha has stood as a monument to the fact that women are capable of doing anything; that the then Indian trend of women not venturing outside the house was quite wrong. One of these women, women who showed the world what they were capable of doing and that women had more purpose, utility and complicity than a tool for reproduction, is Arati Saha. 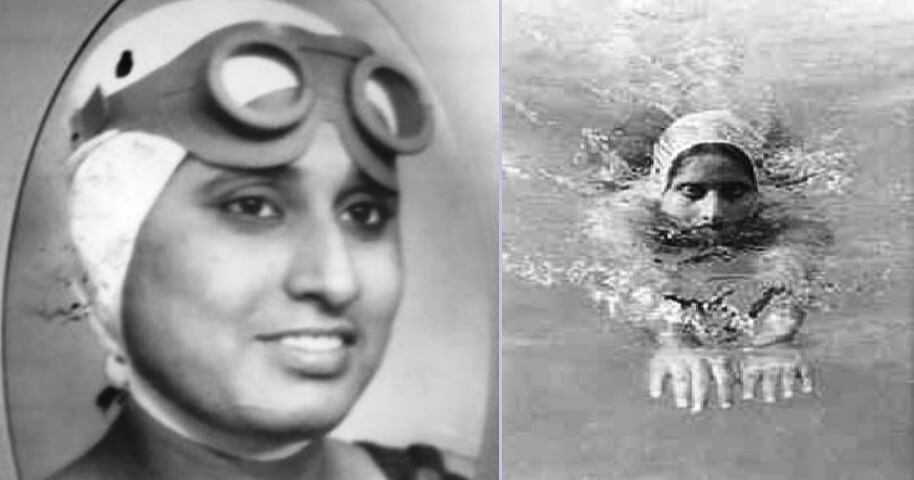 At a time when women in India were a suppressed minority, came one of the most tenacious, unrelenting and talented Indian sportswomen of all time: Arati Saha. A proud pioneer of swimming in India, she was the first Asian woman to have crossed the English Channel, in 16 hours and 20 minutes. She had already won a long and varied list of inter-town and interstate awards and although she was not able to secure any medals, had represented India in the Olympics. After great encouragement from Indian heroes like Bidhan Chandra Roy, Jawahar Lal Nehru and Mihir Sen, was able to cross the English Channel, one of the most dangerous and difficult Channels in the world.

Arati Saha was born on 24th September 1940. She was born into a middle-class Bengali family and lost her mother at the very young and tender age of 2. Even as a mere child, Arati Saha was entranced with swimming. She would accompany her father, Panchugopal Saha, as he would go with his brother to the city’s popular bathing grounds, Champtala Ghat, and it was here that she developed a talent for swimming.

Her father was mightily impressed by her prowess and soon had her admitted into a swimming club, the Hatkhola Swimming Club. At this club, she came to the attention of first Asian Games Gold medallist, Sachin Nag. He had previously set records that remained unbroken for nigh over 3 decades and was famed as a trainer and instructor of mostly long-distance swimmers. He was a huge help to Arati Saha, as under his guidance she received the best education one could get about swimming.

Arati Saha was a highly decorated Indian swimmer. She had won her first award at the age of five (an age where most others still demand on-mommy’s-lap rides), A Gold Medal in 110-yard freestyle swimming at the famed Shailendra Memorial Swimming Competition.

Arati’s passion, fame and achievements grew hand in hand- between 1946 and 1951, in just five years, she had won more than 20 state-level championships, for various events, such as 100-meter freestyle, 100-meter breaststroke and 200-meter breaststroke, becoming one of the most popular names in Indian Swimming History.

Records Made and Broken: The Best of the Best 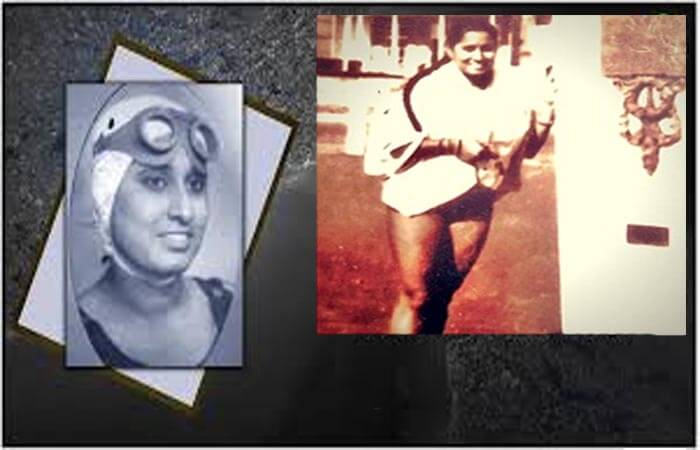 Arati Saha was a young woman determined to do her best, and besides the multitudes of state medals, national medals and other awards from various swimming competitions, she had also set the All-India and State records for various swimming activities. Some of these records are:

At the 1951 West Bengal State meet, she was able to complete the 100-meter breaststroke in just 1 minute and 37 seconds, breaking Dolly Nazir’s previous All-India Records

Due to her natural prowess at swimming and illustrious record, Arati Saha was picked to represent India at the 1952 Helsinki Olympics, along with fellow Indian, Dolly Nazir. She was one of the four women participants and the youngest member of the entire Indian contingent. She clocked 3 minutes and 41 seconds in the 200-meter breaststroke. Sadly, she was able to win any medals while at the Olympics but did return with a vast amount of experience about the brutal world of Olympic Swimming.

Crossing the English Channel- The Decision, and Hardships Aplenty

At the 1958 Butlin International Cross Channel Swimming Race, Brojen Das was first among men, and had the distinction of being the first Indian to cross the English Channel. Greta Andersen, a Danish swimmer, clocked 11 hours and 1 minute, standing first among both men and women.

Both were a huge inspiration to Arati in her decision to try to cross the English Channel. Moreover, after she sent Brojen Das a congratulatory letter, he replied back that she had everything she needed to cross, and the feat was quite possible for her. He also proposed her name to the organizers of the swimming race for the next year’s event.

At this point, Arati Saha was seriously considering trying to cross the English Channel. Mihir Sen, a nationwide hero and the only man to have earned the distinction of swimming in the oceans of the five continents, including Palk Strait, Dardanelles, Bosphorpous, The Strait of Gibraltar and the full length of the Panama Canal, also encouraged her greatly, even helping with the finances.

However, an extraordinary amount of funds were needed for the journey, and stay, in Britain. Dr Arun Gupta, the assistant executive secretary of the Hatkhola Swimming Club, made an entry here as he took the lead in the finance department: he organized viewings and shows of Arati’s immense swimming talent as fund-raising programs. Besides him, prominent people like Gour Mukherjee and Jamininath Das too helped in organizing and finances for Arati’s trip. Even after the hard efforts of so many people, enough funds could not be raised for the trip.

It was at this point that important social workers like Sambhunath Mukherjee and Ajay Ghoshal took her case to the Chief Minister of West Bengal, Dr Bidhan Chandra Roy, who arranged for the amount of 11,000 rupees for Arati’s trip. Even Jawahar Lal Nehru, the Prime Minister of India, showed a great interest in Arati’s career.

A total of 58 participants took part in the competition, which was scheduled to be held on 27th August 1959, at 1:00 am local time, from the starting point of Cape Gris Nez, France to the finishing line Sandgate, England.

At this point, disaster reared its ugly head. Arati Saha pilot boat was late, and she had to begin her race after a delay of 40 minutes. By 11:00 am, she had swum more than a whopping total of 40 miles, but in the presence of life-threatening currents, and had to give up under pressure from her pilot.

On 29 September 1959, she made her second attempt. Starting from the same place, she swam for a total of 16 hours and 20 minutes, combating sever waves, and covered 42 miles in her swimming journey to Sandgate, England. Upon reaching the coast, she hoisted the Indian Flag, an action which earned her the immense respect of, and congratulations from, many prominent leaders, etc. like Vijaylakshmmi Pandit and Jawahar Lal Nehru. 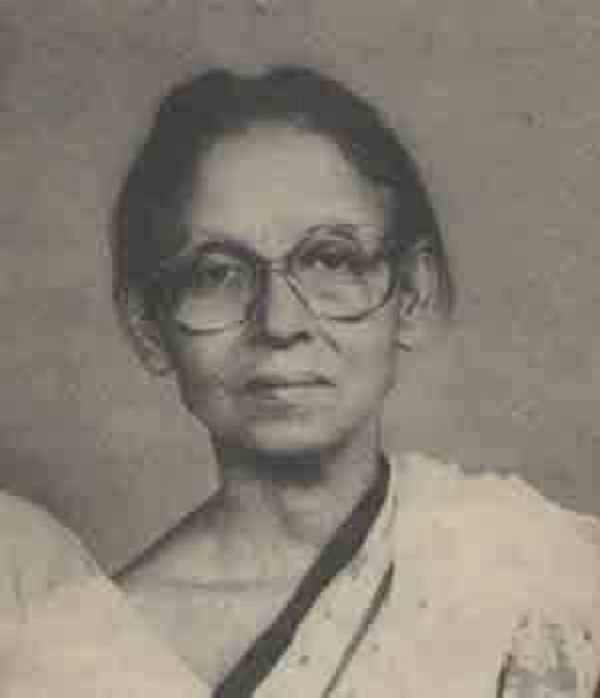 Arati Saha had completed her intermediate education from City College. In 1959, she got happily married to her manager Dr Arun Gupta. An added advantage being that her in-law’s house was very close to her dear grandmother’s house, which she loved very much. She had a daughter who she named Archana.

On 4th August 1994, she was admitted to a private nursing home for the ailments of Jaundice and Encephalitis. After fighting a severe war for 19 days, she passed away on 23rd August 1994. 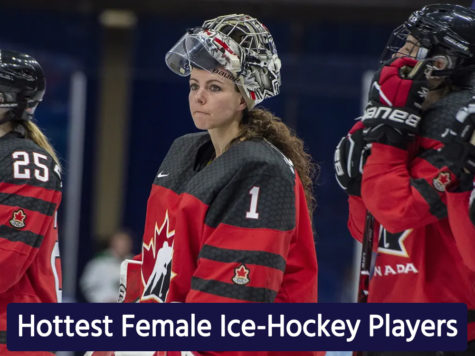 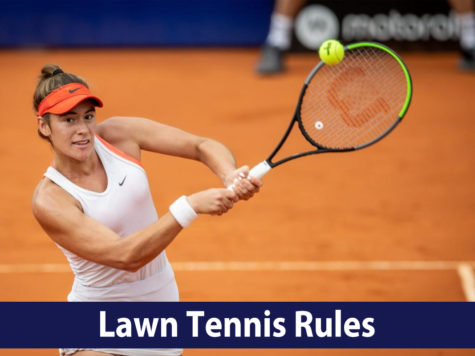 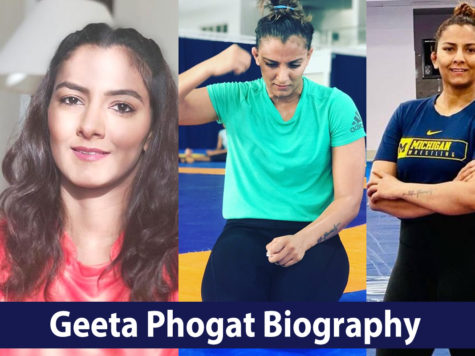