Kabaddi Rules and Regulations – Kabaddi is an ancient team sport in which two teams go toe to toe against each other on opposite halves of the field. Both the teams take turns to send a ‘raider’ into the opposite half to score points. The Raider’s performance and the reaction of the defenders of the opposing team to the raid decide which team wins a point.

Objective of the Game

The overall objective of the game is to simply outscore the opposition team and scoring more points within the allotted time. To complete this objective, each team must attempt to score points in both the departments of attacking and defending. When on the attack, the offensive team sends across a raider into the opposition’s half which tries to touch as many members of the opposition as he can and get back to their own half safely to score a point/s. When defending, the defenders try to capture the Raider and prevent him from returning to his own half by the time their breath is up.

Number of Players in Kabaddi

Kabaddi Rules and Regulations – In the game of Kabaddi, each team shall consist of a minimum 10 and maximum 12 Players. Out of those 12 players, only 7 Players shall take the ground at a time, and the remaining players will be substitutes. 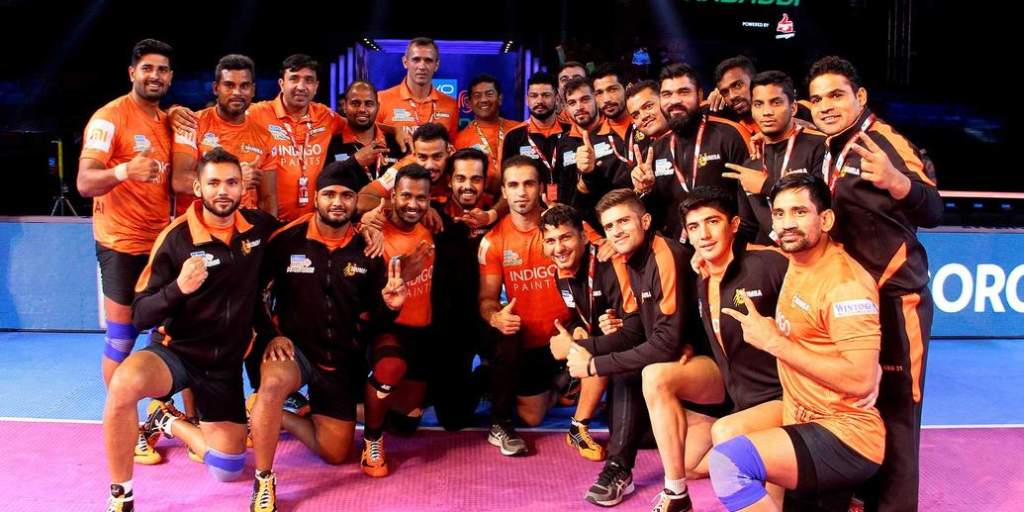 The standard size of the courts according to the Amateur Kabaddi Federation of India (AKFI) is:

The weight criteria according to AKFI, is as follows:

Fouls and Penalty in Kabaddi

Kabaddi Rules and Regulations – The Referee and the umpires shall have the power to maintain the discipline in the match. They can warn the teams, declare technical point against, and have the power to temporarily suspend or to disqualify any player/team from the match who is committing any of the following violations or Foul: 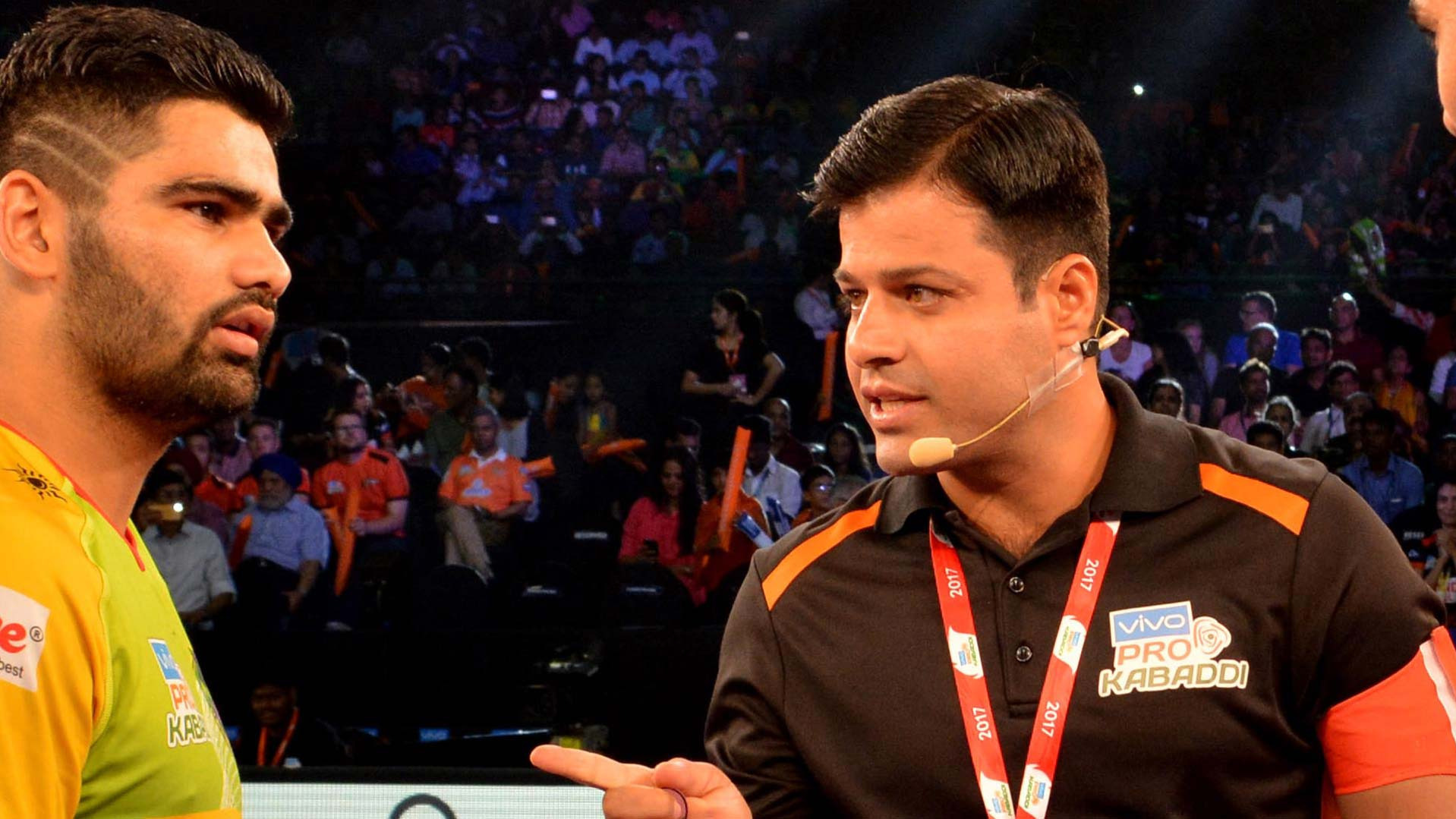 The Referee and the umpire can use the cards of different colours to warn a player/coach/manager/team. They have power to temporarily suspend, suspend from the match or debar from the tournament, a player coach/manager/ team:

The Method of Scoring

Winning and Losing Parameters in Kabaddi

The team with the highest number of points at the end of the match shall be declared the winner. Tie in knock out Matches

If there is a tie in the knock-out matches then the match will be decided on the following basis: 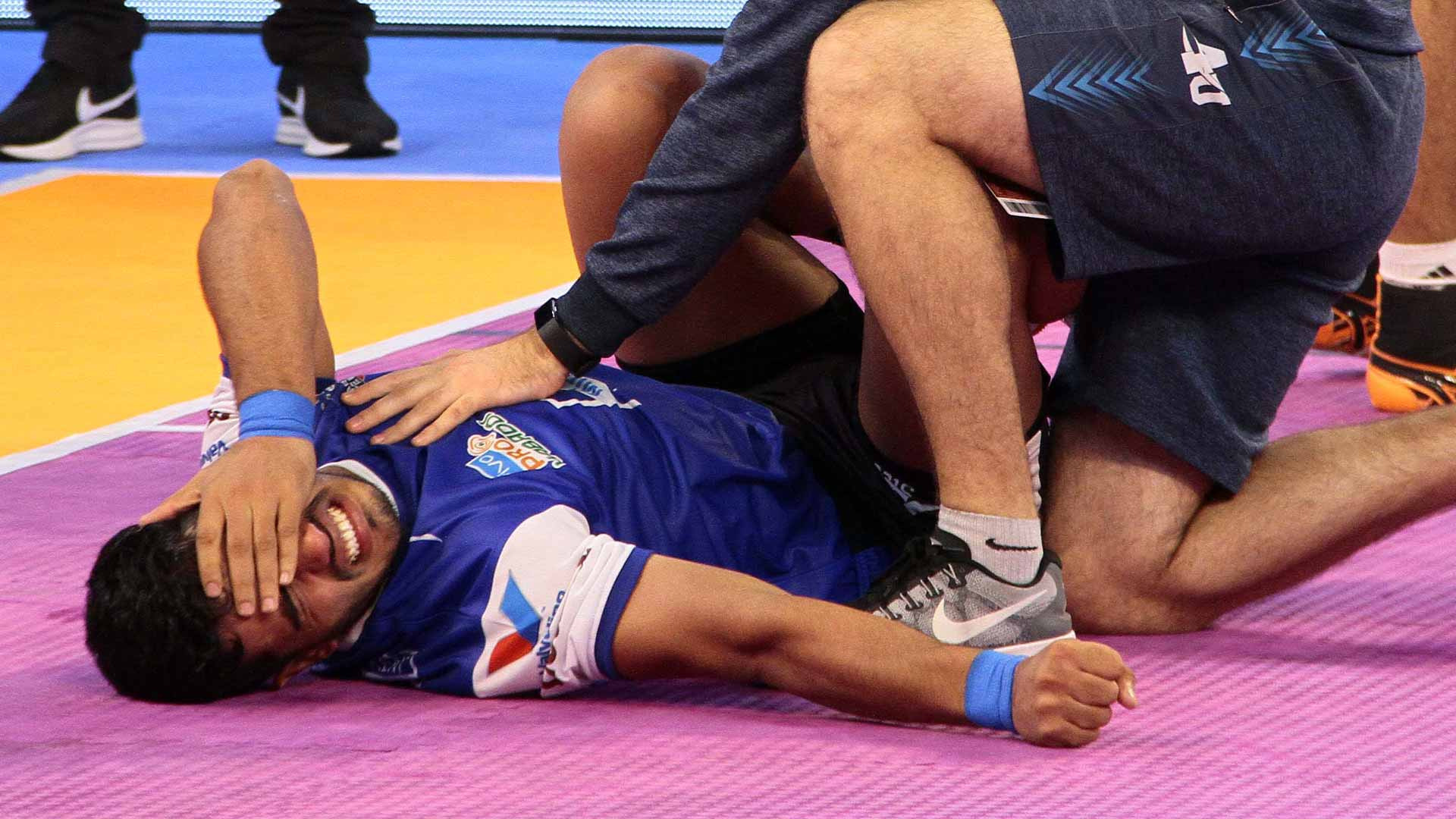 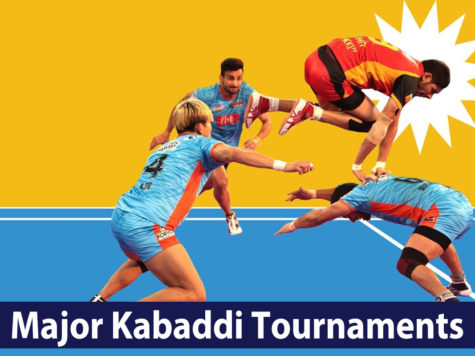 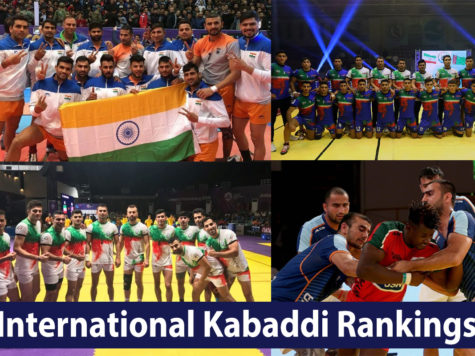